Christchurch is re-emerging as not only a great city to live in but an amazing place to visit. With new buildings and businesses arising daily. In Christchurch, Craft Beer is growing at a rate of knots. Experience the natural beauty of the Christchurch Botanic Gardens on board our electric & solar powered vehicles. I offer day tours starting from Christchurch but do sometimes take guests through to Queenstown and Milford. I have a modern 7 seater Toyota Hi Ace but can charter larger vehicles if you wish. From our base at Christchurch International Airport we can have you in Milford Sound within 2 hours, Aoraki/ Mt Cook in 40 minutes or to the West Coast Glaciers in just over an hour. We offer guided bush walks on the Banks Peninsula. Our walks are designed for people who are reasonably fit, who appreciate small groups (9 people max), and who want to experience spectacular local views and enjoy and learn about the special trees and birds of New Zealand's native bush. Take a ride on the Christchurch Gondola and enjoy spectacular 360 degree views across the Plains, Alps, Christchurch City and Harbour. Experience the Time Tunnel, the “Shop at the Top” or the Red Rock Café. Board our luxury coach for an interactive and fun guided sightseeing tour of Christchurch. Let us show you the best the city has to offer. Enjoy a 2 hour Guided Segway Tour of Christchurch. A highly rated attraction offering 2 hour tours showing off either Christchurch's history, or alternatively how our city is rebuilding after our earthquakes of 2010 & 2011. Welcome Aboard the Christchurch Tramway Restaurant! The Restaurant Tram offers a unique way to view the inner city while enjoying a delicious evening dinner. Situated near Christchurch, in New Zealand's South Island, the Black Cat Group cruises these scenic waterways daily, offering an unforgettable view of the wildlife as well as the many historical highlights in the area. Craigieburn Valley Ski Area, located in the heart of New Zealand’s Southern Alps, where the ups are good, and the downs are even better.

Experience Christchurch and Canterbury from the air in one of our corporate helicopters. Whether its a relaxing flight over Banks Peninsula to a Mediterranean styled vineyard and restaurant for lunch or flying to meet a Jet Thrills jet boat for an exhilarating jet boat ride followed by a scenic flight over Christchurch. Experience the spectacular scenery of the South Island of New Zealand at your own pace, for a fraction of the cost of fully guided bicycle tours. We provide maps, superior equipment and quality accommodation along the way. At Massage Mixology we provide our clients with the perfect mix of massage techniques, giving your body the reboot it needs and your mind the peace it deserves. Experience your New Zealand Adventure with Natural High. We have all the information you need to ride and tour throughout New Zealand. Pick ups and drop off in locations throughout NZ. Punting on the Avon

Punting on the beautiful Avon River is an iconic Christchurch attraction not to be missed. Each Punting tour is 30 minutes duration with informative commentary, and you are returned to your point of departure. Guided wilderness hiking throughout the most beautiful areas in Canterbury, New Zealand. We offer exclusive trips which are all inclusive and fun!

Located on High Country Sheep Farm at the base of the Southern Alps only 50 minutes from Christchurch. We have horses and trails for every skill level. Scoff & Quaff Tours bring you all-inclusive craft beer tours in Christchurch, taking in craft breweries, pubs and showcasing local artisan food. We are the original beer tour company in this region who offer a driving tour to Christchurch’s best breweries and brewpubs. We invite you to watch, touch and feed our unique native wildlife, become friends with our farm animals and learn about the introduced pests that have influenced New Zealand's bio-diversity. Otago Tours specialises in taking travellers off the beaten track to discover heartland New Zealand. We offer tour packages from 3 hours to 10 days focusing on Dunedin, Central Otago, the deep south and the high country. We also connect with Christchurch International Airport. One way transfers between Hanmer Springs and Christchurch cost $35 per person.

Christchurch is the largest city in the South Island of New Zealand. The city is coping resiliently and creatively with the aftermath of NZ’s second-biggest natural disaster, several large earthquakes in 2011 – 2012, and remains one of the country’s most vibrant Cities.

Also known as ‘The Garden City’ with its award-winning Christchurch Botanic Gardens feature one of the finest collections of exotic and native plants found in New Zealand.

There is so much to see and do here including, punting down the Avon River, taking the Caterpillar tour through the gardens, enjoying the boutique shops and cafes at the Tannery, swiming and playing on the sandy Sumner beach, exploring Willowbank Wildlife Park, riding the Gondola for a beautiful view over the city, embark on a journey through Antarctica without leaving Christchurch at the international Antarctic Centre… are a few of the top attractions. 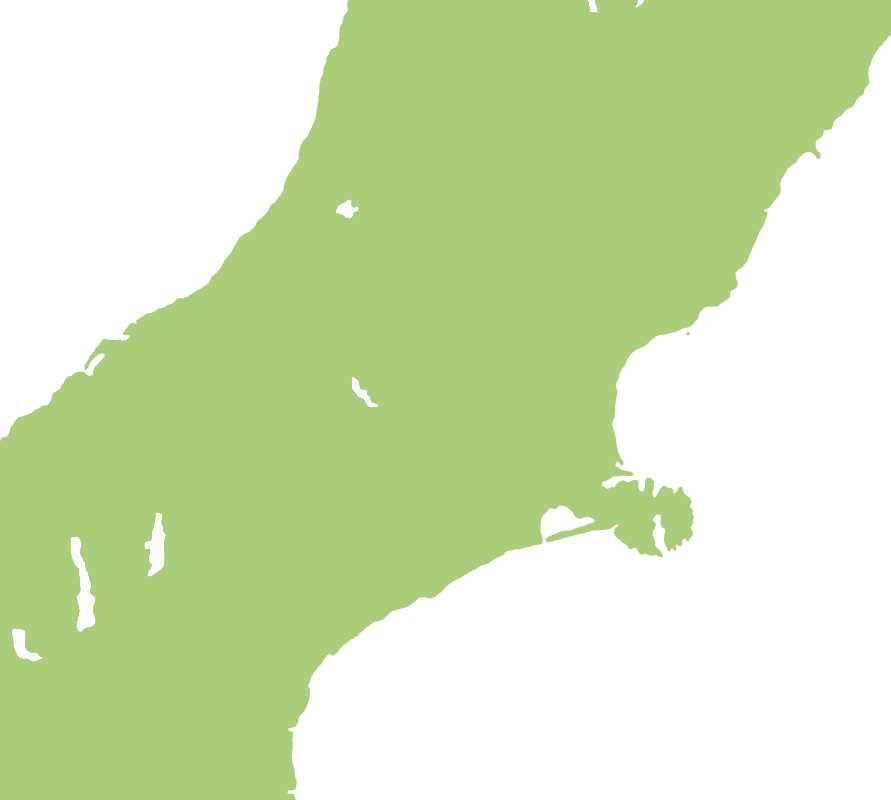